Haras de Meautry is the thoroughbred stud farm of Baron Edouard de Rothschild, the current president of France-Galop which is the body that controls French racing. It is the oldest stud farm in France in continuous ownership and was founded in 1875 at Touques near Deauville in Normandy by brothers Alphonse and Gustave de Rothschild. The large main stable yard was constructed at this time and was based on plans of Bedford House stables in Newmarket. More land was acquired over the years and by the turn of the century Meautry was one of the principal thoroughbred nurseries in Europe. During the second world war, the stallions and mares at Meautry were seized by the Nazis and sent to Germany. These included Brantome, Bubbles and Eclair au Chocolat; all leading sires. After the war Baron Edouard de Rothschild (the current owners grandfather) and his son Guy were able to track down and recover most of their bloodstock. In 1951, 1965 and 1966 Baron Guy was leading owner in France and Meautry topped the breeders list seven times during this period.

Since the death of Baron Guy in 2007, Meautry has been in the ownership of Baron Edouard de Rothschild and is the home to around 30 broodmares. Recently the Group 1 winners Meandre (Grand Prix de Paris, Grand Prix de Saint Cloud, Grosser Preis de Berlin), Esoterique (Prix Rothschild, Prix Jacques Marois, Sun Chariot stakes) and Elliptique (Grosser Dalmyr-Preis) have been bred and raised on the farm. Also in 2008, Meautry topped the Arqana August sale with a homebred Galileo colt out of Olimpic Girl. 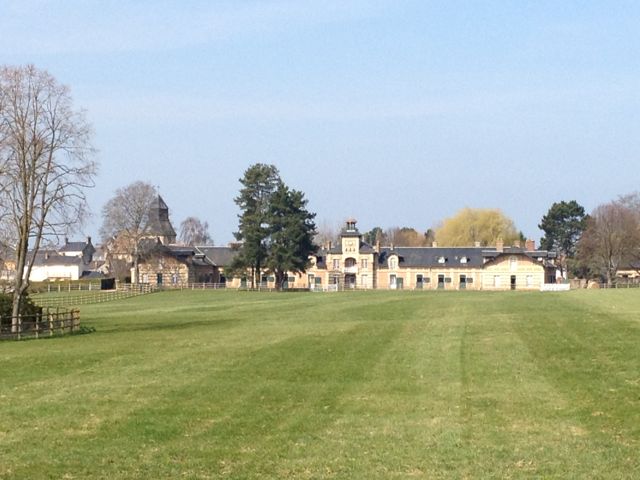